Social Media is currently one of the biggest promotional tools in the world, and yet so many artists write it off. But that’s because they’re not doing it right. Here’s 10 Social Media Tips to help you make the most of digital marketing! High Quality Posts. Rule number one. You have to post good stuff. What do I mean by …

Youth Club are a Southend based alternative pop band who have been trouncing the scene since 2014. During that time they’ve played BBC Radio 1’s Big Weekend, Y Not Festival, Shazam Summer Party, and gained the support of Radio 1, BBC Introducing, MTV Rocks, Sunday Brunch, and even Made in Chelsea. So we figured we’d better take a listen to …

Talkboy are a fresh-on-the-scene, six piece, indie rock-ish band from Leeds, and they just released their official debut single “Mother”. Having gathered some major, MAJOR praise from the likes of BBC Introducing, Line Of Best Fit and more, you’d have to be living under a rock to not have seen their name being thrown around lately. But is the hype …

The Covasettes are one of the most exciting young indie bands around at the moment. Hailing from Manchester, they add a certain down to earth, easy going feeling to a genre that has been overly saturated for a long time. They recently dropped their newest single “Top Drawer”, and it’s already been having a hayday on Spotify, being placed into … 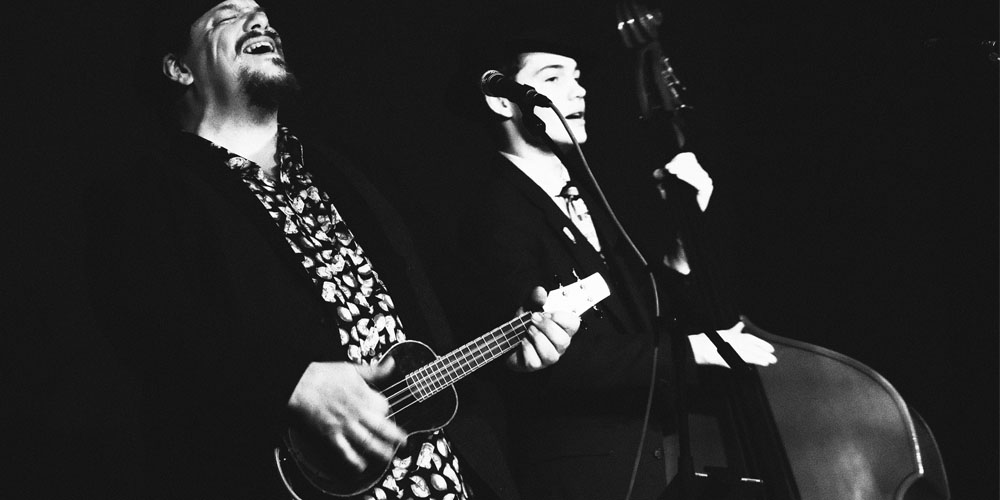 I’m not going to lie to you, Dead Mans Uke are one of the coolest acts that I’ve ever seen. Their description defies imagination. Just image a ukulele / double bass duo that play both originals and ukulele-ed up cover versions. We were lucky enough to catch them for the first time at the Ukulele Festival Obermörmoosen in Bayern, Germany on …